Faith Leaders with Together Colorado held rallies and vigils in Pueblo and Grand Junction last week to protest the recent actions by ICE of separating families. ICE has been separating hundreds of children from their parents at the border. Parents are not told where their children will be taken. Communication is difficult or impossible. Some of these children may never be reunited with their parents. Over 150 people attended the rally in Grand Junction and over 80 attended the vigil in Pueblo (see photos below).

To view the Faith Leaders in Action during the Pueblo vigil, watch the Facebook Live video here. 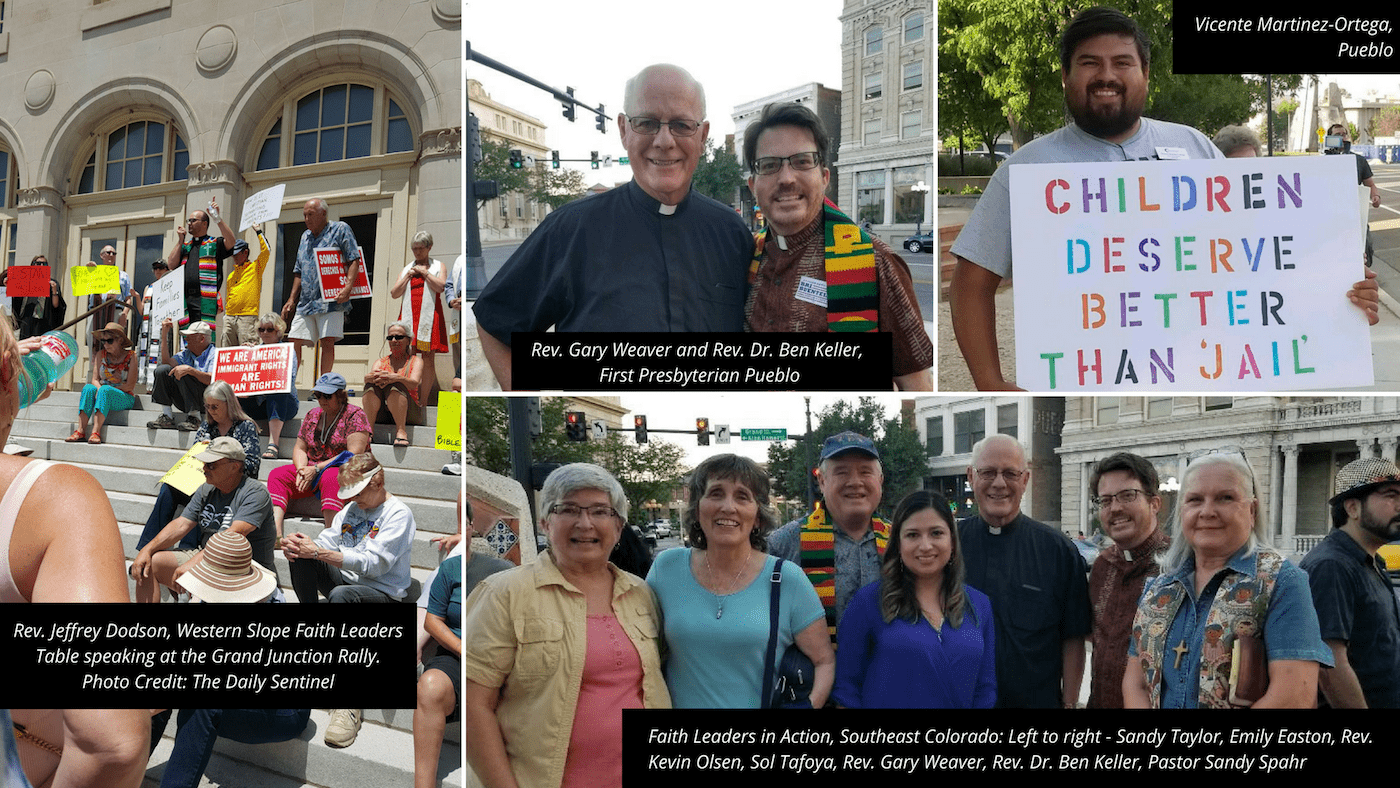 “‘Taking children away from families is immoral and wrong … This needs to stop!’ said the Rev. Jeffrey Dodson of the First Congregational Church on the steps of Grand Junction’s federal courthouse on Sunday. About 150 people gathered for a rally to demand that the U.S. government end the practice separating immigrant families on the Mexico border…

‘It is really disgusting to see representatives of this government use Scripture and policy to criminalize and disenfranchise,’ he said, to which the crowd roared its approval.

‘We are traumatizing and re-traumatizing people. That is about as immoral as it can get,’ Carlson said. ‘Write your local representative and let them know we are not going to put up with this and it has to stop. And it should stop now.'”